On the Tools menu, click Project Options and navigate to the Processing Options tab. Click on "Modify Scripts and Settings" 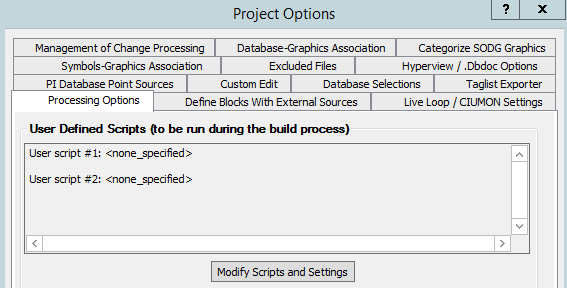 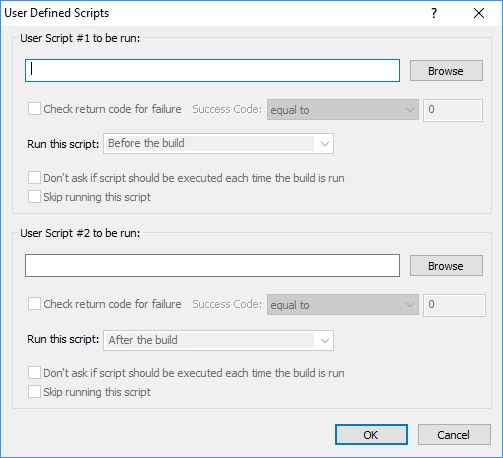 This allows you to run a script such as a Visual Basic script or batch file before, during and/or after the build process.

For example, you might run a script to copy over some specific files before a build begins, and then run another script to delete them when the build completes.