This example shows the attempt to use an AI/L block to import the output of a F(x) FC 1 block, which is not an exception report.

Often, this error leads to uncovering unused or reused logic. Blocks are sometimes used without the knowledge that their values are being imported in another module, PCU or loop. You get a check for this situation on every DBDOC build. 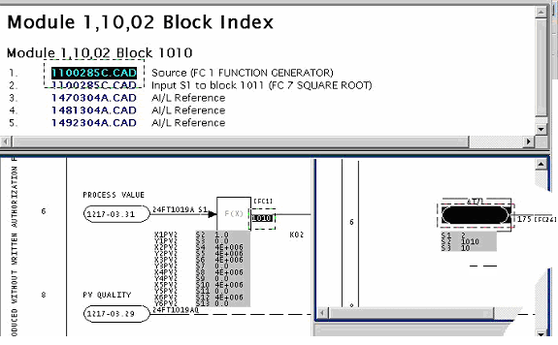