Creating a group automatically from a Function Block

Creating a group automatically from a Function Block

In some cases, you may want to add several inputs and outputs associated with a single block. For example, with a Control Station block, a user might typically want to plot S1, the input value, S2, the setpoint track signal, and the control output value.

Note: The "standard" inputs and outputs to add in a function block group add are defined in the FCConstraints.txt, used by the DBDOC build. 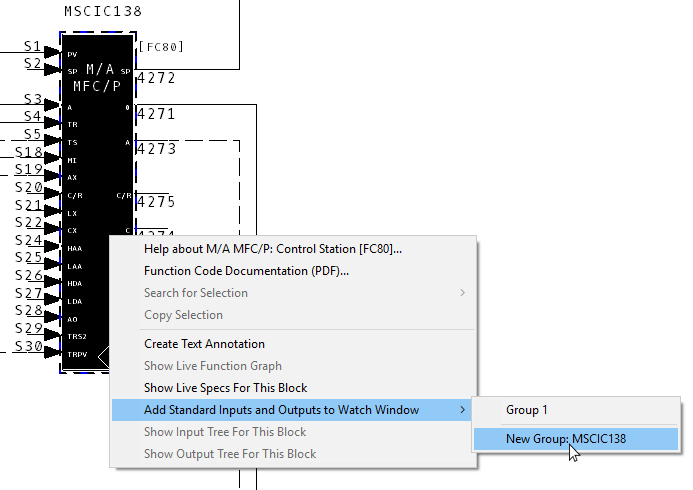 You can add them to an existing group, a new group, or an automatically named new group. Note that the blocks are labeled ("Process variable", "Setpoint") according to their function in the function block.